Can't decide what to read next?  Check out this list and this site. 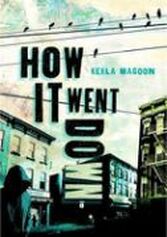 When sixteen-year-old Tariq Johnson dies from two gunshot wounds, his community is thrown into an uproar. Tariq was black. The shooter, Jack Franklin, is white.

In the aftermath of Tariq's death, everyone has something to say, but no two accounts of the events line up. Day by day, new twists further obscure the truth.

Tariq's friends, family, and community struggle to make sense of the tragedy, and to cope with the hole left behind when a life is cut short. In their own words, they grapple for a way to say with certainty: This is how it went down. (Goodreads.com) 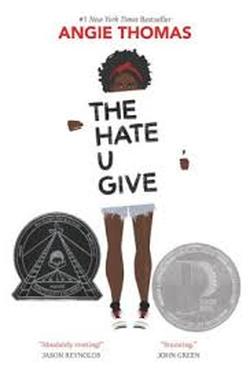 From School Library JournalGr 8 Up—After Starr and her childhood friend Khalil, both black, leave a party together, they are pulled over by a white police officer, who kills Khalil. The sole witness to the homicide, Starr must testify before a grand jury that will decide whether to indict the cop, and she's terrified, especially as emotions run high. By turns frightened, discouraged, enraged, and impassioned, Starr is authentically adolescent in her reactions. Inhabiting two vastly different spheres—her poor, predominantly black neighborhood, Garden Heights, where gangs are a fact of life, and her rich, mostly white private school—causes strain, and Thomas perceptively illustrates how the personal is political: Starr is disturbed by the racism of her white friend Hailey, who writes Khalil off as a drug dealer, and Starr's father is torn between his desire to support Garden Heights and his need to move his family to a safer environment. The first-person, present-tense narrative is immediate and intense, and the pacing is strong, with Thomas balancing dramatic scenes of violence and protest with moments of reflection. The characterization is slightly uneven; at times, Starr's friends at school feel thinly fleshed out. However, Starr, her family, and the individuals in their neighborhood are achingly real and lovingly crafted. VERDICT Pair this powerful debut with Jason Reynolds and Brendan Kiely's All American Boys to start a conversation on racism, police brutality, and the Black Lives Matter movement.—Mahnaz Dar, School Library Journal 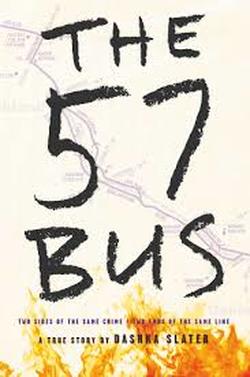 ​
MGP
5.0 out of 5 starsOutstanding look at racism/hate crimes
August 4, 2018
Format: Kindle EditionVerified Purchase
Well written and very interesting. The concept of hate and forgiveness are handled wonderfully. It was a page turner that leave you crying and pulling at ones heartstrings.

Sarah Dog Lady
5.0 out of 5 starsThis is the best book I've read in a long time
December 18, 2016
Format: Kindle EditionVerified Purchase
This is the best book I've read in a long time! Many, many times I found myself laughing out loud at something granny had done, or at Elsa's view of the world. On the next page, I might find myself crying over the very serious real world problems encountered by some of the characters. I marveled at the imagination required to create the magical world where Granny took the children who needed her, including Elsa. It takes a masterful writer to make the many quirky characters of this book so believable and fascinating. I found "A Man Called Ove" entertaining, but this book far outpaces it in imagination, emotion, depth, and sheer entertainment. 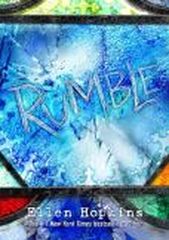 Can an atheist be saved? The New York Times bestselling author of Crank and Tricks explores the highly charged landscapes of faith and forgiveness with brilliant sensitivity and emotional resonance.

“There is no God, no benevolent ruler of the earth, no omnipotent grand poobah of countless universes. Because if there was...my little brother would still be fishing or playing basketball instead of fertilizing cemetery vegetation.”

Matthew Turner doesn’t have faith in anything.

Not in family—his is a shambles after his younger brother was bullied into suicide. Not in so-called friends who turn their backs when things get tough. Not in some all-powerful creator who lets too much bad stuff happen. And certainly not in some “It Gets Better” psychobabble. (Taken from Barnes and Noble overview)

Seventeen-year-old Hadley misses her flight to London by four minutes causing her to be late for her father's second wedding to the woman who broke up her parents' marriage. While stuck at JFK waiting for the next flight, Hadley meets Oliver, a charming British Yale student with his own family issues in England. Serendipitously, the two have seats next to each other on the next flight and Oliver helps Hadley deal with her airplane claustrophobia, anger at her father, and meeting her father's new bride. Set over the course of one day, The Statistical Probability of Love At First Sight shows how quickly two people can fall in love, whether on a plane, at work, or in the dentist's office. The Statistical Probability of Love At First Sight is a sweet, character-driven, romantic comedy with plenty of twists to keep readers engaged and is sure to delight teens from beginning to end. Young adult readers will enjoy reading about Hadley and Oliver, two characters who are familiar, witty, and have terrific chemistry together. This book is highly recommended and would be a great addition to any library serving teens who enjoy romance and realistic fiction. Be prepared to have this book fly of the shelves. Reviewer: Stacy Holbrook

What was once the western United States is now home to the Republic, a nation perpetually at war with its neighbors. Born into an elite family in one of the Republic's wealthiest districts, fifteen-year-old June is a prodigy being groomed for success in the Republic's highest military circles. Born into the slums, fifteen-year-old Day is the country's most wanted criminal. But his motives may not be as malicious as they seem.

From very different worlds, June and Day have no reason to cross paths—until the day June's brother, Metias, is murdered and Day becomes the prime suspect. Caught in the ultimate game of cat and mouse, Day is in a race for his family's survival, while June seeks to avenge Metias's death. But in a shocking turn of events, the two uncover the truth of what has really brought them together, and the sinister lengths their country will go to keep its secrets. (Taken from Barnes and Noble overview)

In Beatrice Prior's dystopian Chicago world, society is divided into five factions, each dedicated to the cultivation of a particular virtue—Candor (the honest), Abnegation (the selfless), Dauntless (the brave), Amity (the peaceful), and Erudite (the intelligent). On an appointed day of every year, all sixteen-year-olds must select the faction to which they will devote the rest of their lives. For Beatrice, the decision is between staying with her family and being who she really is—she can't have both. So she makes a choice that surprises everyone, including herself.

During the highly competitive initiation that follows, Beatrice renames herself Tris and struggles alongside her fellow initiates to live out the choice they have made. Together they must undergo extreme physical tests of endurance and intense psychological simulations, some with devastating consequences. As initiation transforms them all, Tris must determine who her friends really are—and where, exactly, a romance with a sometimes fascinating, sometimes exasperating boy fits into the life she's chosen. But Tris also has a secret, one she's kept hidden from everyone because she's been warned it can mean death. And as she discovers unrest and growing conflict that threaten to unravel her seemingly perfect society, she also learns that her secret might help her save those she loves . . . or it might destroy her. (Taken from Barnes and Noble overview)

9th Grade
To Kill a Mockingbird
Odyssey
​Romeo and Juliet

**Recommended: White Oleander, No Country for Old Men, A Confederacy of Dunces, A Thousand Splendid Suns